April is a very special month for libraries! First and foremost, the second week of the month is National Library Week! Not only that though, April is also School Library Month and it contains National Library Workers Day, National Bookmobile Day, and Support Teen Literature Day! [All of which happen during National Library Week.] PLUS both America’s first dictionary Webster’s American Dictionary of the English Language (1828), and Peter Roget’s Thesaurus (1852) were first published in April as well!

(Personally speaking, I find it rather cool that The Bard himself was born in April too! Keep an eye out for our up-coming blog!)

National Library Week is a national observance sponsored by the American Library Association (ALA) and libraries across the United States each April, typically the second full week.

Why do we have National Library Week?

So… How did National Library week start?

According to the American Library Association, in the mid-1950s, research showed that Americans were spending less money on books and more on radios, TVs, and musical instruments. In 1954, concerned that Americans were reading less, the ALA and the American Book Publishers Council formed a nonprofit citizens organization called the National Book Committee. The committee’s goals were ambitious. They ranged from “encouraging people to read in their increasing leisure time” to “improving incomes and health” and “developing strong and happy family life.” 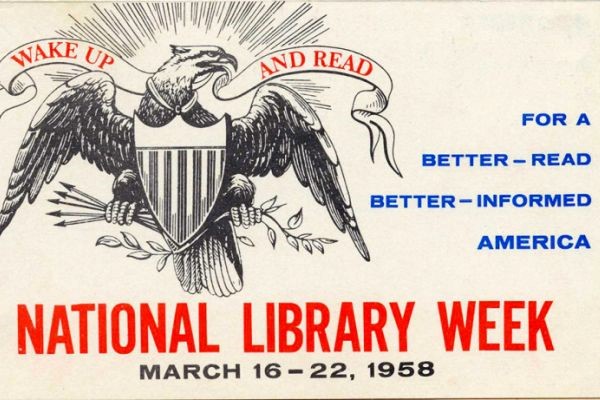 [Metered mail provided a great vehicle for promoting by the ALA.]

Now, the National Book Committee were not the first ones to either suggest, or hold, a library appreciation week, though! In fact, the first time it was officially suggested was in 1922 at the Detroit Conference of the American Library Association by the Publicity Committee of the American Library Association. The recommendation of the Publicity Committee was prompted by other organizations/locations’ success. Indiana, Missouri, Ohio, Louisiana, California, and even Hawaii were all states that celebrated a Library Appreciation Week prior to the current national version.

Each year the week follows a certain theme. For example: the theme of the first sponsored week in 1958 was “Wake Up and Read!” In 2008, the week’s 50th anniversary the theme was “Join the circle of knowledge at your library,” and this year, 2022, the theme is “Connect with your library!“ 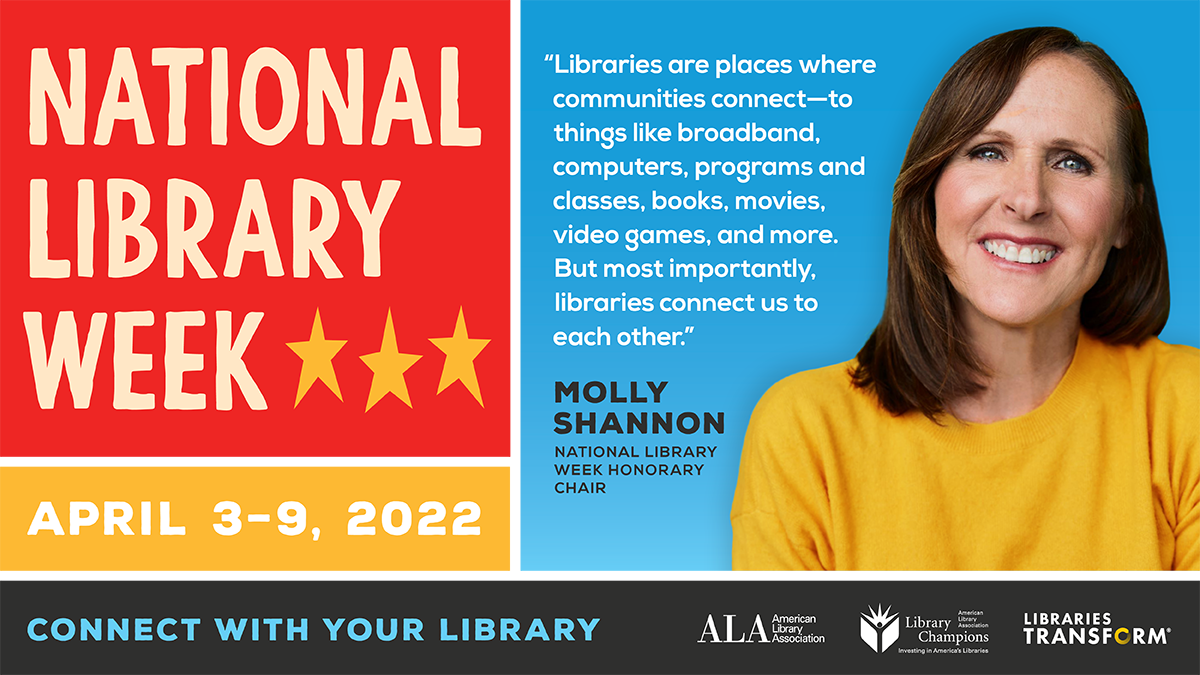 You can view a list of all the past themes here: https://www.ala.org/aboutala/1958/national-library-week-history#themes